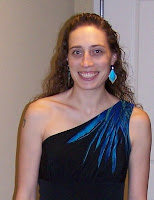 Looking to meet the woman behind Lady Notorious? You can find me on by website at http://www.rhondamason.com/.

While there is a short bio section about me, the important part is an interview with that devilish charmer, Sir Reginald.

You can also find information about my books and the authors I love to read.


Posted by Lady Notorious at 12:57 PM No comments:

How neat is this idea? Check it out, an online opportunity to pitch your novel to editors at Entangled Publishing on July 16th! Read the details HERE. 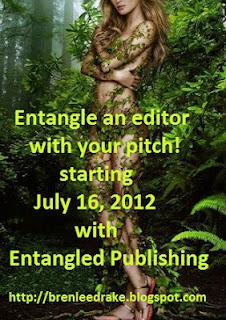 Posted by Lady Notorious at 7:28 AM No comments:

Today I had to work the early shift at work, which means being up before 4:30 am. That’s unholy, imo. Now it’s almost 8 am and I’m considering my morning snack. I wish I could say that’s led me to a writing prompt, but so far I’m coming up blank!
That said, I still feel the need for a prompt, so here we go. It’s a total free-write. Write a paragraph that includes the following words, in any order:

Tweet
Log
Snack
Advantageous
Okay, so the snacking did prompt a prompt…
-----------------------------------------
Here’s mine:
He glanced at her with something of a sneer, the loving look she remembered being easily replaced. Had she thought him handsome? Kind? Fool. He was none of the above, and no one she knew.
“What now?” she asked. She set the snack tray down on the kitchen’s island. The sliced gouda, pita chips and hard salami rounds in their neat rows were at odds with the chaos inside her.
“Now? Now you leave.”
“Leave?” she repeated stupidly.
He chuckled. “Yes, leave. As in, get out of my house.”
She looked past him to their guests gathered in the doorway, trapped in silence, mid-interruption of John’s dumping her. Beyond them she could see the Yule log in the fireplace. It was cheerily decorated and ready to be the centerpiece of their Christmas party. He hadn’t seen the guests, and went on without interruption.
“Now.”
The suspicion had slept inside her so long she had almost forgotten it was there. Now it reared up to full life. “The governor’s daughter?”
“Mm-hmm. We reconnected at as charity dinner last week.”
“Only last week?”
He shrugged. “This time. The meeting was, shall we say, advantageous.” He lifted a finger and ran it over the edge of the snack tray. He stared at the tray, seeming to study it. “We got this on our wedding day, did we not?” He hooked a finger under the crystal platter and pulled it toward him—toward him and off the counter. It slammed onto the floor like a dropped cannon ball, sending glass chunks and finger food skittering.
One startled guest gasped and another whipped out his phone, snapping a picture. She could already imagine the tweets incoming.
Posted by Lady Notorious at 10:39 AM 4 comments:

I’m stuck on my current WIP for a wide variety of real life reasons that are really just thinly veiled excuses, but I feel the need to create. I didn’t want to let my disinterest with EG’s current scene keep me from writing altogether, though. There’s no rule that says I have to work on EG and nothing else in my writing time, so I’m giving myself permission to free write on anything.
Thus, it is time for a writing prompt.
I got the idea for this prompt while I was reading through Justin Formanek’s website http://www.aberranthology.com/. He’s a wonderful writer of horror fiction, a genre I’m pretty bad at, and I love reading his work. I thought, what better way to be creative then do in a prompt working outside of my normal SF or romance genres? I’m not sure my writing today is truly a horror piece, but I set out with that goal in mind and this is what I came up with.
What’s horrific to you?
-----------------------------------------------------
Here’s mine:
I have the urge to cut my belly open.
Every time I look down at it, feel how full and fat it is, I want to amputate it. It’s a symbol of all that’s wrong, all that I’m doing to myself. I imagine slicing it open in one smooth stroke. A cut drawn across its roundness. A smile that releases all the built-up pressure.
Innards burst forth. Dark, green-black innards of I don’t know what. Twisted knots. Ropes of putrid nastiness. They burst forth and my belly empties like a lanced boil spewing its vile infection fluids. Instant freedom from the pressure. The guilt. The self-hatred. My belly hollows out and the mass falls to the floor. Somehow I know it is built up of more than normal intestines. The pile is the size of a volleyball.
Oh god, the release.
I sigh, free. I’ve done it. I’m empty and new. Free.
If only it were that easy.
I create the image again and again. The clean slice, the emptying, the freedom.
It doesn’t free me. I only imagine me free, like I imagine me exercising or writing or reading or doing anything constructive. Imagining isn’t doing, and the mass inside me grows.
I watch my willful self-destruction like a horrified observer from the backseat. Every day I decide to change it. Every day I make it worse.
Can it ruin me? Can I catch myself from the slide? Or will it come again and again.
“Come” isn’t right. Nothing comes for me. No outside force inflicts this destruction on me. I create my new old-self, inside out, from a tangle of putrid, black-green innards.
How will I free me? Can one change at a time buy me back?
Or will it be the slice, the opening of the belly and the spewing forth. The mortal, freeing, oh-I-wish-it-were-that-easy, clean-slate wound.
Posted by Lady Notorious at 11:27 AM 3 comments: