I love everything about it. They couldn't have captured Kayla, the female protagonist, any more perfectly. 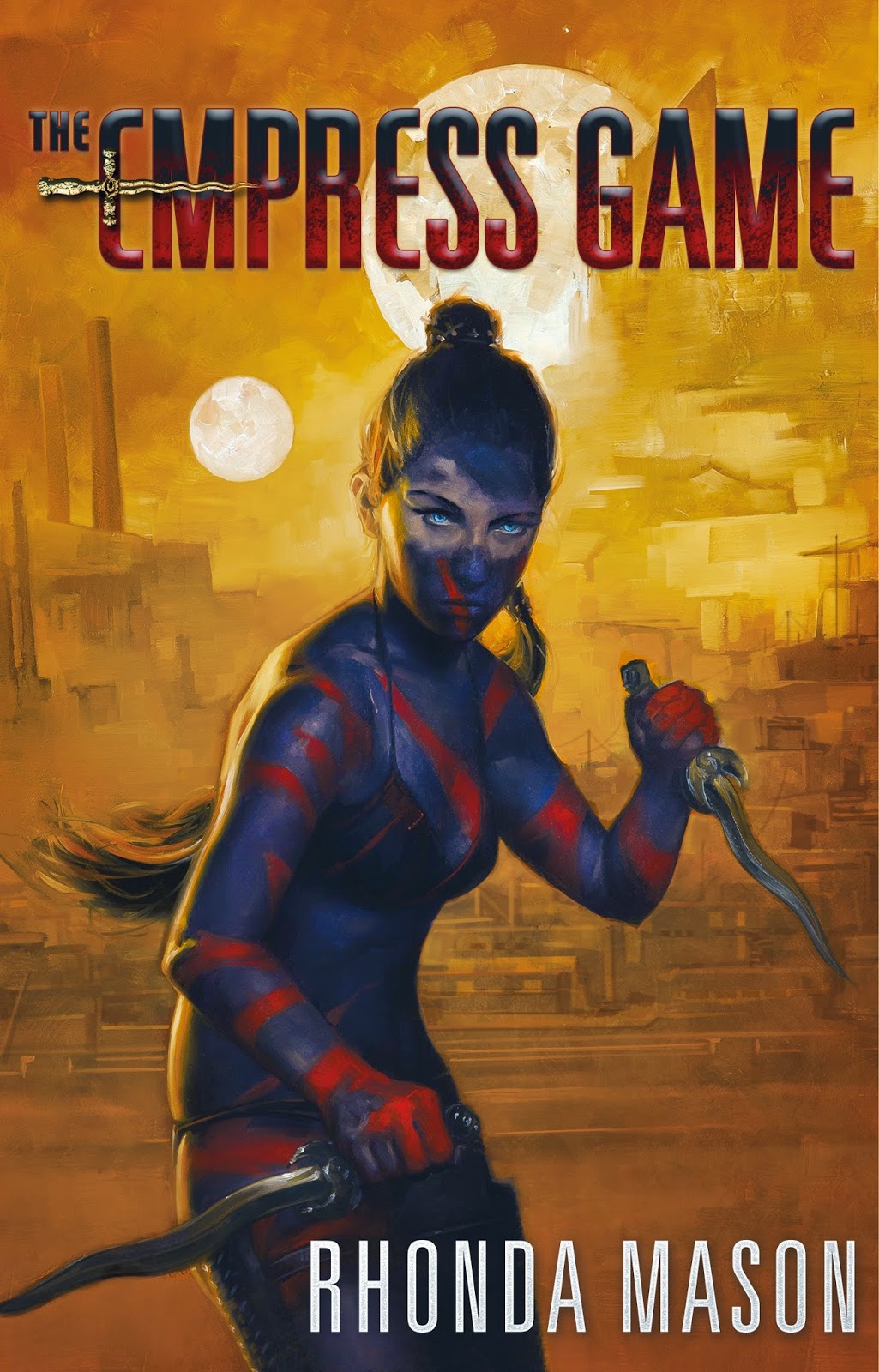 Here’s the back of the book blurb:

One seat on the intergalactic Sakien Empire’s supreme ruling body, the Council of Seven, remains unfilled, that of the Empress Apparent. The seat isn’t won by votes or marriage, it’s won in a tournament of ritualized combat in the ancient tradition. Now that tournament–the Empress Game–has been called, and the females of the empire will stop at nothing to secure political domination for their homeworlds.

The battle for political power isn't contained by the tournament’s ring, however. The empire’s elite gather to forge, strengthen or betray alliances in a political dance that will shape the fate of the empire for a generation. With the empire wracked by a rising nanovirus plague and stretched thin by an ill-advised planet-wide occupation in enemy territory, everything rests on the woman who rises to the top.

The Empress Game is set to release in July 2015.

Pre-order The Empress Game at Amazon or Barnes & Noble.


Add The Empress Game to your “To be Read” shelf at Goodreads.
Posted by Lady Notorious at 10:02 AM