(I couldn’t come up with a 10th on short notice, and I didn’t want to put a throw-away name on here!)

So here’s my list of my top 9 fave fictional female badasses. Note, this isn’t my ULTIMATE list, it’s a list I thought up in one day of musing, so it’s subject to change.

I’m going to start off with a list of “who didn’t make my top 9 badass females and why,” just to try to avoid an uproar:

Lara Croft (As played by Angelina Jolie in the movies) 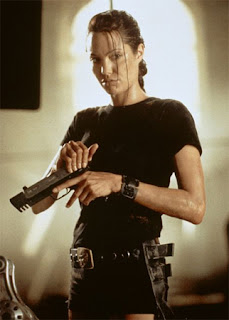 I’m pretty sure this needs no explanation.

Black Widow (as played by Scarlett Johansson in the recent movies) 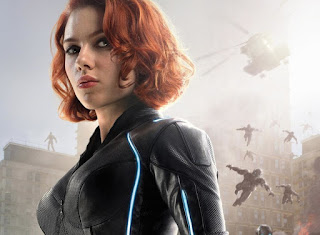 These days, she’s almost a “must have” on this type of list because of the increasing uproar around her role on Avengers and why she doesn’t get her own movie. That aside, she is a SERIOUSLY badass character. She’s one of only 2 Avengers who lack superpowers, but she always keeps up with the “superheroes,” and slays her fair share of bad guys. She’s super savvy, uses ALL of her assets, and Gets. The. Job. Done.
‘nuff said. 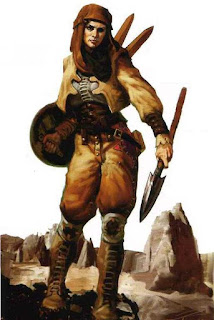 When I was reading this series, I couldn’t imagine a more badass character than Aviendha. I pretty much wanted to BE her. She was amazingly tough and loyal. Independent, strong, self-sufficient, important to her people… I love her. She would have ranked higher on my list if Jordan hadn’t neuter her and grouped her in with all of his other female characters who considered men “wool-headed” and so refused to communicate effectively. SIGH.

Pocahontas (As portrayed in the Disney movie of the same name) 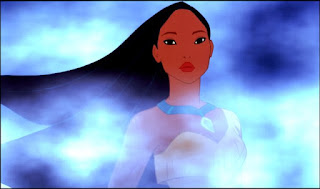 Growing up, this version of Pocahontas spoke very clearly to my heart. She was nature-loving, as was I, and thought that was something of worth and the land worth protecting. I still feel the same way and am thankful to have married a wonderful man who shares my conservationist tendencies.

Why do I label her a badass? That’s easy. First, she’s independent and true to herself, even though she knows it’ll earn her censure. Second, she speaks up to the foreigner she meets who doesn’t understand the colors of the wind, and takes time to show him why the earth is worth respecting. Third, she’s not afraid to embrace love where she finds it, no matter how difficult, and fights for it. Fourth, she lets that love go when she realizes it’s the best for him.
Painful sigh! I sobbed with heartbreak at the end of Pocahontas. I’m not kidding, I was inconsolable.

Katniss Everdeen (From The Hunger Games, by Suzanne Collins) 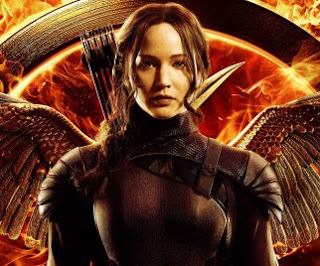 This might feel obligatory, but it’s not. Honestly, I only read the first book of The Hunger Games. But that one book was enough to convince me that Katniss was a woman who knew how to get shit done. What I love about her? A) Family above all. To me, that is the height of badassery. Well, maybe I should say “worthy family above all.” In this case her devotion to Pru, her younger sister, is so admirable it made me feel lacking. B) She’s a legitimate badass. Collins gave us a great background for why she would know how to hunt and survive in the wild, and why she would be willing to break the rules.

She’s amazing character thrust into insane circumstances. My one quibble with Hunger Games was that enough wasn’t made of the HORRIFICNESS of the Games themselves, of the idea of children killing children. Sure, the Games themselves were expected, but when it came down to actually being in them, I wanted to see some level of disbelief/horror that anyone would condone this.

Okay, that was a side note. What makes Katniss especially badass, beyond all that? Her faux love for Petra because she knew it was how to Get. Shit. Done. She manipulated any and everyone to survive, and that is what makes her a badass, even if it hurt some people. She wants to survive and save her family.

And in the midst of all that, she still cares for Rue. It’s heartbreaking, heroic and amazing. 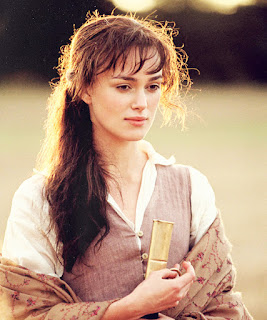 This is one of my all-time favorite characters. She’s set in a time-period where women had very little power/say, but she is still a badass. She fiercely protects Jane (her older sister) when she realizes Jane’s heart has been broken. She is not afraid to spar verbally with a man above her station when he is condescending and rude to her, despite her interest in him. She does not shrink like a violet, thankful for any attention. She knows her own worth and stands by it.

When nearly forced into a loveless marriage, she rebels (and is saved from it by a doting father, thankfully). And when she realizes that she was wrong about the man she loves, she admits her mistake, and begs for her father’s acceptance of that man’s suit.

She is fearless and fierce, proud to a fault, but admits when she’s wrong. She’s a protector and she deserves every last second of happiness the book’s end grants her

Trinity (as played by Carrie-Anne Moss in the Matrix movies) 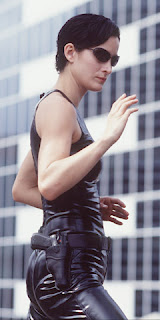 Why is she a badass? I’m pretty sure that question has never crossed anyone’s lips.
Not only is she a bona fide badass before the “ultimate badass,” Neo, even enters the picture, she’s so badass that the entire trilogy opens with her, in a room, trapped in the Matrix, and forced to use every skill and bit of courage she has to escape.

First, she manipulates the Matrix with the power of her mind and defeats the cops sent after her. Then, when the Agents—who are basically undefeatable—come after her, she escapes in a similar badass fashion.

She runs. She’s not too proud to admit when she’s outmatched. We see her fleeing for her life with all the strength and canniness she possesses. What I loved about the movie? They put her in flat-soled boots. Thank F’ing god. They didn’t make her wear 4 inch high Catwoman boots and expect her to somehow beat the agents when she ran across the rooftops.

She dove through a window, convinced that the agents would be on top of her in second. She even had to give herself a nudge. “Get up, Trinity. Get UP.” And she did, fear for her life and her very existence in tow.

When we see that last moment of truth, when she has to race a crazy trash truck to the phone and hope she’s retrieved before the agent kills her, I cheered to see her take the risk and gain her freedom.

Bravery, badassery, and unwavering faith in a cause. She’s amazing.

My only disappointment in the movie was that she was given the HORRIBLE fortune by the Oracle that had nothing to do with her at all. Instead, it was “The man you love will be The One.” SIGH Who gives a shit? Let’s get Trinity a destiny all her own!

Aeryn Sun (As played by Claudia Black in Farscape) 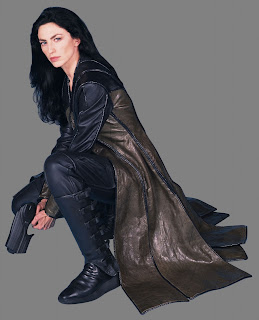 Aeryn Sun is perhaps my favorite character of all time, and if you look closely, an inspiration for both Kayla and the hero of my first ever fantasy novel, Tae.

Simply put, I love her. She is guarded, fierce and dedicated. She knows her role within her military and she fulfills it superbly. When that military turns on her for an act of humanity, she is stripped of all she has ever known and all she believes in. She’s devastated.

But instead of mourning her loss, she picks herself up, checks with her morals to confirm that she did the right thing, and soldiers on.  She moves into a new, unknown world completely alien to her way of life, and maintains her own sense of honor while she navigates it.

She is arrogant and proud, but rightfully so (on the proud part) and diligent in her retaining her own strength. The love story between her and John is one of the most painfully wrought stories I have watched/read. She surrenders herself sliver by sliver to the trust of another being, never losing herself, and learning inch by inch that all she’s known has been wrong, and that she has to adapt.

She does this all without losing her skills or her warrior spirit. In my opinion Aeryn Sun is a model for girls who need to understand that you can love someone without losing yourself.

(Sadly, no good picture that does Sioned justice)

I almost can’t speak on Sioned, she’s had that profound of an impact on me. If you ever want to know what makes Rhonda tick, where she learned to be so fiercely loyal to her loved ones and uncompromising on their happiness, you should read Dragon Prince. I read this as an adolescent in high school and it made such an impression on me that I remember it all, even after the thousands and thousands of books I’ve read since.

There has never been a woman more badass than Sioned. If you’ve read Melanie Rawn’s series, I can pretty much stop here and your head will be nodding. The strength of her love, her loyalty, her belief in herself, her powers… she is amazing. She’s confident, strong and willful, but utterly devoted to her love and her people. She is an amazing combination of personal power and social responsibility.

In all of my reading, I have never met so impressive a heroine. So real, believable, and heartbreaking.

If you enjoy fantasy fiction and you haven’t read the series now, run—don’t walk—to your local bookstore. (Then ask if they could order it b/c it’s an older series, and you want to support local stores instead of Amazon!)

If you made it this far, thanks for reading my list. I think badass women, in all their forms, be it kicking ass as an assassin, following orders as a soldier, defending their family on any turf, being a diplomat, or having the strength to treat the wounds of others as needed, makes women amazing. The more we write about them, even in this “first world country” that is America, the better.
Posted by Lady Notorious at 4:12 PM