Genre and Subgenre in SF, and Why Space Opera Fans Should Give SFR a Chance


Genre and subgenre labels are a tricky thing. You never know who knows “the lingo” when it comes to a genre and its particular subgenre, so when people ask me “what do you write?” I’m caught in this position wondering “what answer will make sense to you?”

My most accurate self-label comes out when I’m at my alma mater, Seton Hill University, where I earned my MA in Writing Popular Fiction. That program supported writers of all genres, e.g., romance, children’s, YA, mystery, sci fi, fantasy, etc. There, I call myself a “spec fic” writer, meaning a writer of speculative fiction.

When I say “I write SF” I mean speculative fiction (for me SF does not = Sci Fi). From Wikipedia: "The term speculative fiction refers to any fiction story that includes elements, settings and characters whose features are created out of human imagination and speculation rather than based on attested reality and everyday life." 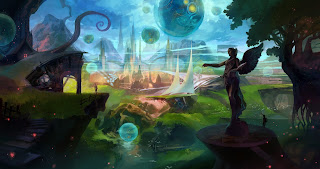 That’s what the sci fi/fantasy/horror writers at SHU call themselves, and that’s the truest label for my writing and creative interests. I’ve written space opera, high fantasy, dark urban fantasy, paranormal and so on. I don’t write horror, (I’m afraid of the dark!) but I write both sci fi and fantasy, so I really hate to say, “I’m a sci fi writer” or “I write fantasy,” and limit myself.

Right now, when most people say “what do you write?” they’re asking me what genre The Empress Game is because that’s the book I have available currently, so I’m left in a new quandary of how to answer.

Are you a science fiction reader who understands sci fi subgenres? Yes? Then my answer is “I write space opera.”

Are you a genre reader in general? Then my answer is “I write science fiction.” 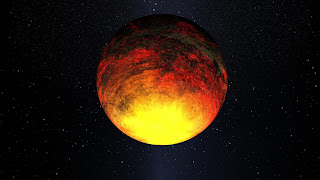 Are you not much of a reader? Then my answer is “I write science fiction, like Star Wars or Guardians of the Galaxy. It’s not very sciency, it’s more action-oriented.” 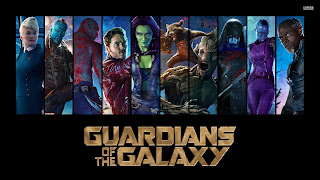 It’s a delicate dance. I’m always thinking, “What can I tell you that won’t instantly scare you away….”

On that theme, let’s introduce you to a new subgenre!

We’re going to blur genre boundaries for a moment and go into the romance genre. Romance has even MORE subgenres than SF, if possible.

I want to give a shout out to Science Fiction Romance (SFR) today. SFR (which is sometimes called “Futuristic Romance”) is basically a space opera, with all of the same juicy worldbuilding and plotting, which follows the typical arc of a romance novel. It’s got all the same great elements of a space opera: action, space ships, battles, aliens, galaxy-wide intrigue, romance and light on the science. The difference is that in SFR, the romance plotline comes first. In a straight space opera, the romance plot is secondary.

If you like a good solid romance plot in your space opera, and you don’t mind some of the romance troupes, I highly recommend you look into this genre! My two top recommendations are Christina Westcott’s A HERO FOR THE EMPIRE and Heidi Ruby Miller’s AMBASADORA. Luckily, both of these are series! They’ll have other books coming out in the next year.

These two are, in my opinion, the very best examples of SFR and everything that makes the subgenre great.

A HERO FOR THE EMPIRE – by Christina Westcott 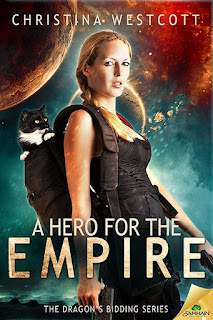 Commander Kimber FitzWarren is running on borrowed time. The cybernetic augmentations that give her superhuman strength and speed have also shortened her life. The success of her next mission is imperative, not only to save her Empire, but because this operation could be her last.

She and a cabal of other idealistic officers are plotting to topple the corrupt Imperial government. The key to placing missing military legend Arianne Ransahov on the throne lies with the one man who can find her, mercenary Wolf Youngblood.

Having just survived an Imperial assassination attempt, Wolf is understandably on edge when Fitz shows up in his bedroom at 0-dark-30. Except she isn’t there to kill him, but to plead for his help. Help he’s reluctant to give—until another assassin pushes the issue.

Pursued by Imperial forces, left with no one to depend on but each other, a bond begins to form that even their secrets can’t destroy. But before they can explore what’s left of their future, they have to survive the mission.

Warning: Space is no place to go it alone. We recommend taking along a telepathic cat, an immortal mercenary, and a cybernetically augmented Imperial SpecOps agent. You never know what kind of trouble you’ll run into…

Check it out on Amazon 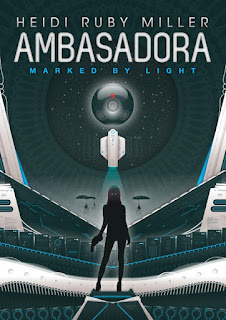 If everyone told you love wasn't real, would you still be willing to die for it?

Sara Mendoza and Sean Cryer are.

In their multi-partner, caste-ruled society, love and jealousy are considered emotional fallacies, nothing more than fleeting moods and sentiments biased by hormones. Relationships and conceptions in this world obsessed with celebrity, beauty, and power are based on DNA and lineages...or should be. But not everyone believes in the ruling traditions of the all-powerful Embassy. A quiet rebellion prowls the dark underground of this shiny world where techno-militants calling themselves fraggers grow in numbers and bravado. The Embassy intends to silence the fragger movement before the heresy of equality spreads throughout the system.

Sara Mendoza is part of the Embassy's plan. Captured, tortured, and falsely accused of treason, she is given a chance to win back her freedom. She only needs to charm information from one of the fragger leaders, then kill him. But by the time she figures out the Embassy's intel is flawed and that Sean Cryer is her true mark, she's already in love with him.

Sean knows why Sara is on his ship from the start, but as a lonely, anti-social doser, he doesn't value his life, only his ideology within the fragger organization. Against his better judgment, he becomes her protector, each day caring more about a future he was always afraid to hope for.

Check it out on Amazon