The homework for the first week of drawing class was to pick a favorite artist and draw a replica of something of theirs. Now, I’m a reader/writer and gaming nerd, not an art history buff, so my favorite artists are all book cover artist and Magic: The Gathering card artists. So, it’s no surprise that Michael Whelan, Quinton Hoover and Rebecca Guay.

I decided against Michael Whelan b/c, while he might be my favorite, what I love most about his book covers is his use of color. For instance, look at this gorgeous cover series for Tad William’s Otherland. 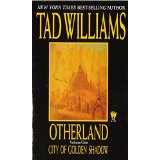 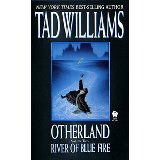 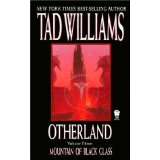 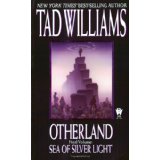 Quinton Hoover was probably an easy first choice because he illustrated one of my all-time favorite MTG cards, Archangel: 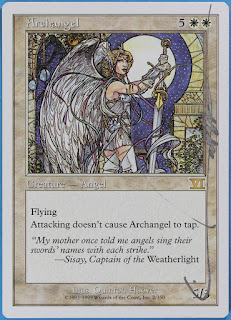 That had waaaaaay too much going on for me to draw though, so I looked at some of Rebecca Guay’s stuff. I love her style, it’s very flowy and feminine, but I feel like the power of the image is so color-based that drawing it really wouldn’t look like much. 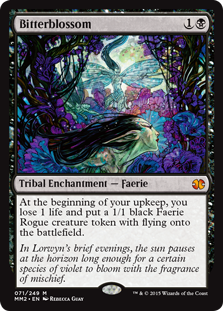 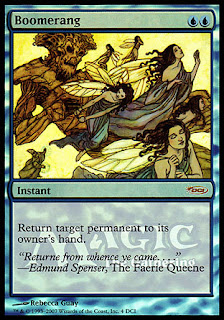 Quinton Hoover’s style is more graphic, imo. So while I was looking at some of my favorite cards of his, I learned that he had died!!! I had no idea!! He was only 49 when he died. Here’s a great article about Quinton Hoover.

I was heartbroken, and decided that of course I had to draw one of Hoover’s cards! I debated between many, but in the end I settled on Pixie Queen. 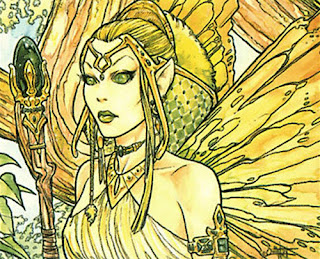 My pencil drawing of it, week 1 of class. 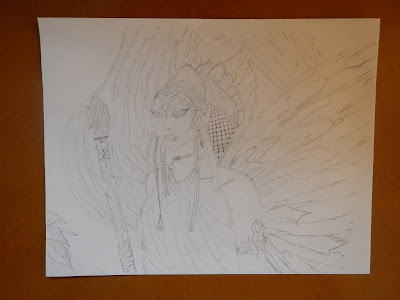 Obviously, my Pixie Queen eats a little better than Hoover’s does ;-) She likes her sweetmeats! But overall, for having zero training, I’m pretty happy with it. It’s not 100% done, but I think I’m calling it “done.”

Posted by Lady Notorious at 6:11 PM